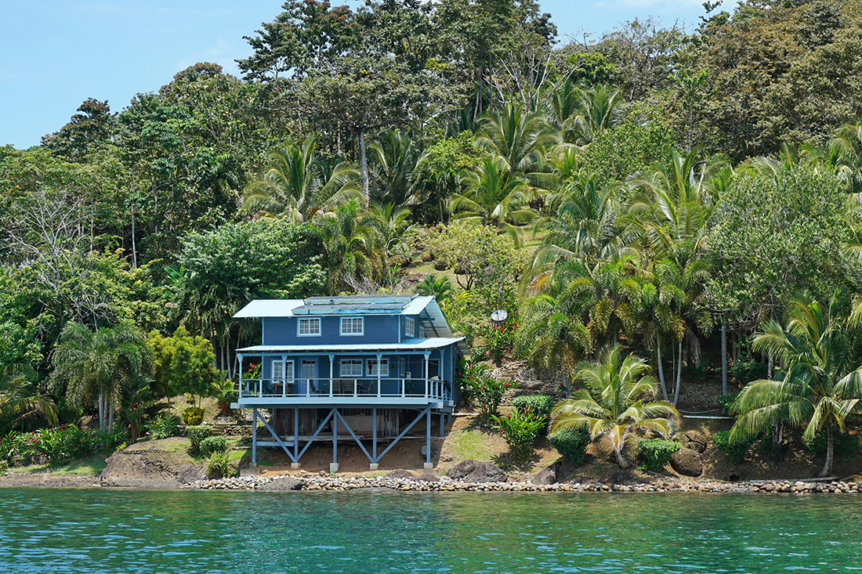 The Aloha State’s GEM$ program enables renters and low-income households to install solar and energy-saving equipment with no upfront costs.

Hawaii may have a solution for the energy efficiency industry’s perennial landlord-tenant split incentive dilemma.

The problem: Landlords won’t reach into their own pockets for energy-saving improvements if their tenants are paying the utility bills; for their part, tenants aren’t likely to invest in energy-efficient equipment they could be leaving to another renter in a few years.

The Green Money $aver (GEM$) on-bill financing program, which officially launched in Hawaii in April, creatively solves the split incentive problem by tying the repayment obligation for energy efficiency upgrades to the utility meter rather than an individual.

Under the program, participating homeowners, renters, small businesses and nonprofits pay back the cost to install rooftop solar panels, solar water heaters, heat pump water heaters, and other energy-efficient equipment via a line-item charge on their monthly electric utility bills. Participants do so without upfront costs and with a fixed interest rate for loan terms lasting up to 20 years.

Designed for Hawaii’s many renters

In an interview, Gwen Yamamoto Lau, executive director of the Hawaii Green Infrastructure Authority (HGIA), the GEM$ program administrator, emphasized that the goal from the outset was to design a program that includes renters and low-income households. According to Lau, 43 percent of Hawaii’s households are renters.

Hawaii has both the nation’s highest average price of electricity (30.19 cents per

Two measures ensure expanded participant eligibility under the program: Approval is not based on the creditworthiness of the applicant, and the on-bill repayment obligation is transferable to the next owner or tenant.

Approval does not require a credit check or income verification. HGIA bases approval on a good utility bill payment history — no disconnection notices in the previous 12 months — and an estimate that the project will deliver a minimum 10 percent utility bill savings, including the repayment charge, after installation of the retrofit.

“It is the first on-bill program that allows financing with no upfront cost for renters to finance solar systems and where the payment is transferable to the next renter,” Miguel Yanez, program associate with the Environmental and Energy Study Institute (EESI), a Washington, D.C.-based nonprofit organization, told Greentech Media in an interview.

“One of the great things about the Hawaii program is they’re taking some of these ideas that have been applied successfully in smaller utilities, primarily in rural areas, and they are launching it effectively statewide,” he added.

Goal: Cash-flow positive from the start

The inclusion of the estimated minimum 10 percent utility bill savings requirement is intended to leave participants cash-flow positive at the outset.

Lau gave the example of a hypothetical homeowner or renter with an average monthly utility bill of $200.

“If we cannot estimate that post-installation utility bill to be $180 or less, we won’t approve the financing. We really want to put the ratepayer in a better place than they were prior to the retrofit,” she said.

The on-bill financing program offers a competitive 5.5 percent interest rate for terms lasting up to 20 years.

The on-bill financing projects are funded by Hawaii’s Green Energy Market Securitization program, which was capitalized with a $150 million bond issuance in 2014.

Strong interest from landlords and renters

Asked if she anticipates prospective renters being dissuaded from leasing units because of an on-bill financing repayment obligation, Lau said, “Property managers and landlords all say that having solar PV on a property makes it more attractive for the renter.”

Program rules require landlords to disclose the on-bill financing obligation to prospective tenants; tenants must acknowledge the obligation in writing before move-in.

Lau said HGIA tried to eliminate as many landlord-tenant obstacles as possible when designing the program.

Another example: For solar PV systems, the repayment obligation is spread over 20 years, but the loan is amortized over 18 years.

“When my tenant moves out, not only am I not getting rent, I don’t want to also assume paying for the solar PV array,” said Lau.

The difference between the loan term and amortization “allows for two years’ worth of vacancies. When a renter moves out, we put the loan obligation into nonaccrual. It just sits there,” she said.

When a new tenant moves in, the repayment charge reappears on the utility bill.

The thought put into such measures appears to be paying off in new applications.

From June 2018 through March 2019, the GEM$ on-bill financing program was in a soft launch as Hawaiian Electric Companies and the third-party loan servicer completed testing on the new on-billing financing IT functions. The program officially launched on April 8 with support from Governor David Ige.

According to Lau, loan applications have increased by 216 percent, from a modest base, since the April official launch.

This was written by Justin Gerdes for greentechmedia.com To see the original version of this story, please click HERE.