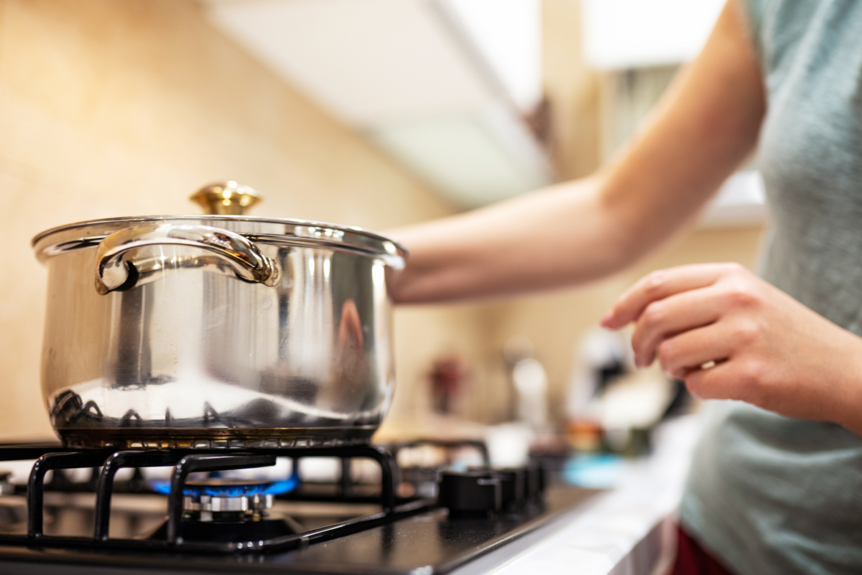 Fix global warming or cook dinner on a gas stove?

That’s the choice for people in 13 cities and one county in California and one town in Massachusetts that have enacted new zoning codes encouraging or requiring all-electric new construction.

The codes, most of them passed since June, are meant to keep builders from running natural gas lines to new homes and apartments, with an eye toward creating fewer legacy gas hookups as the nation shifts to carbon-neutral energy sources.

The most recent came on Wednesday when the town meeting in Brookline, Massachusetts, approved a rule prohibiting installation of gas lines into major new construction and in gut renovations.

For proponents, it’s a change that must be made to fight climate change. For natural gas companies, it’s a threat to their existence. And for some cooks who love to prepare food with flame, it’s an unthinkable loss.

“There’s no pathway to stabilizing the climate without phasing gas out of our homes and buildings. This is a must-do for the climate and a livable planet,” said Rachel Golden of the Sierra Club’s building electrification campaign.

These new building codes come as local governments work to speed the transition from natural gas and other fossil fuels and toward the use of electricity from renewables, said Robert Jackson, a professor of energy and the environment at Stanford University in Palo Alto.

These “reach” or “stretch” building codes, as they are known, have almost all been passed in California. The first was in Berkeley in July, then more in Northern California and recently Santa Monica in Southern California. Other cities in Massachusetts, Oregon and Washington state are contemplating them, according to the Sierra Club.

Brookline’s was the first outside of the state, and the first to address renovations. Though it differs from the California town rules in that the bylaw exempts fuel piping needed for backup generators, cooking, laboratories and medical offices, and for central domestic hot water systems in large buildings.

Some of the cities ban natural gas hookups to new construction. Others offer builders incentives if they go all-electric, much the same as they might get to take up more space on a lot if a house is extra energy-efficient. In April, Sunnyvale, a town in Silicon Valley, changed its building code to offer a density bonus to all-electric developments.

The building codes apply only to new construction beginning in 2020, so they aren’t an issue for anyone in an already-built home.

Probably the biggest stumbling block for most pondering an all-electric home is the prospect of not having a gas stove.

“It’s the only thing that people ever ask about,” said Bruce Nilles, who directs the building electrification program of the Rocky Mountain Institute, a Colorado-based think tank that focuses on energy and resource efficiency.

Roughly 35% of U.S. households have a gas stove, while 55%have electric, according to a 2017 kitchen audit by the NPD Group, a global information company based in Port Washington, New York.

For at least a quarter of Americans, it doesn’t matter either way. They already live in houses that are all-electric, and their numbers are rising, according to the U.S. Energy Information Administration. That’s especially true in the Southeast, where close to 45% of homes are all-electric.

For the rest of the nation, natural gas is used to heat buildings and water, dry clothes and cook food, according to the EIA. That represents 17% of national natural gas usage.

But the number of natural gas customers is also rising. The American Gas Association, which represents more than 200 local energy companies, says an average of one new customer is added every minute.

The nudge toward all-electric buildings is the type of shift Americans will begin to experience more and more in coming years. Last year, California’s governor signed an executive order directing state agencies to work toward making the entire state economy carbon-neutral by 2045.

California is not alone. New York, Hawaii, Colorado and Maine have economywide carbon-neutrality goals, and several more are debating them. More than 140 U.S. cities have committed to transitioning to carbon-neutral energy.

The natural gas industry rejects the notion that it should not be part of the nation’s energy future.

The association calls the new zoning codes for new construction burdensome to consumers and to the economy. They also say it’s more expensive to run an all-electric home. A study by AGA released last year suggested that all-electric homes would pay $750 to $910 a year more for energy-related costs, as well as amortized appliance and upgrade costs.

Amanda Myers, a policy analyst at Energy Innovation, a research nonprofit group focused on reducing greenhouse gas emissions, said AGA presumed high electricity rates because of unrealistically large increases in expected electricity use and made unusual assumptions for how any anticipated electric load growth might be met.

An analysis last year by the Rocky Mountain Institute found that in locations as diverse as Chicago, Houston and Providence, Rhode Island, all-electric new homes over a 15-year time frame could save residents as much as $260 a year compared with new homes with air conditioners powered by electricity and natural gas.

You’ll pry my cold, dead hands off my gas range

The selling point for getting away from natural gas may come from a type of electric range that, according to chefs, is just as good if not better than gas. As fundamentally attached as people might be to cooking with fire, induction stoves are making headway.

Long popular in Europe and increasingly trendy in the United States, induction cooktops are different from the kind of traditional electric range where coils become red-hot. Induction ranges use electromagnetic energy to directly heat pots and pans.

They are fast, energy-efficient and safe because there’s no open flame, and they are cool to the touch unless you’re a piece of metal.

As Reviewed.com puts it, they’re “gentle enough to melt butter and chocolate, but powerful enough to bring 48 ounces of water to a boil in under three minutes.”

The downsides are that induction cooktops are more expensive than traditional electric stoves, generally a third to half more. They also work only with pans with steel or iron bottoms.

Professional chefs say modern induction ranges are comparable to gas. The Culinary Institute of America in Hyde Park, New York, America’s preeminent cooking school, trains its chefs on both induction and gas stoves because they will encounter both types and must know how to use them.

“Some of the finest restaurants in Europe are often out in mountainous areas or places where there isn’t gas. They cook on induction and that works just fine,” said Mark Erickson, a certified master chef at the institute.

Regular electric stoves aren’t a deal-breaker either, said Erickson, who lives in a townhouse with one and cooks on it every night.

“If I were given the chance and if it were a choice of gas or electric, I would choose gas because it’s what I’m used to,” he said. “But in all honesty, it’s not the end of the world.”

This article was written for USA Today by Elizabeth Weise. To see the original version of this story, please click HERE.