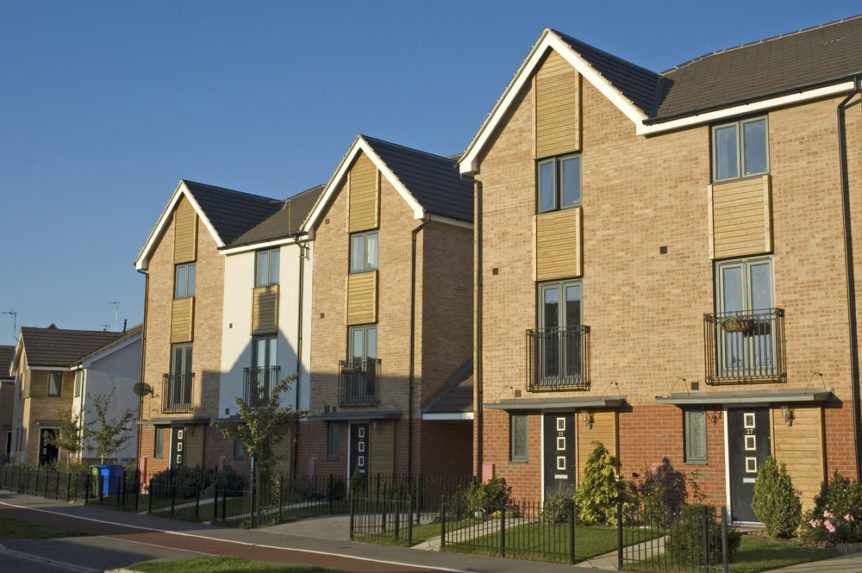 Every year, thousands of apartments are demolished, often by owners who can no longer afford the repairs needed to maintain them.

These units are often among the most affordable homes in their respective markets, with the people living in them frequently having few other housing choices. The elimination of these apartments from the housing stock only exacerbates the already critical nationwide shortage of low-income housing. However, new financing tools are helping recapitalize these units, repair their problems, and keep them affordable.

“We’re not going to be able to build our way out of the affordable housing crisis … something needs to be done to preserve the existing stock, as well,” says Caitlin Sugrue Walter, senior director of research for the National Multifamily Housing Council (NMHC).

Obsolescence Hurts “Naturally Occurring” Affordable Housing
There are now roughly 5.5 million units of “naturally occurring” affordable housing (unsubsidized affordable housing) in the U.S., according to research by CoStar. These apartments are often less expensive simply because they’re a little older than other, newer units. But every year, their numbers decline, worsening the country’s affordability crisis.

Between 75,000 and 125,000 apartments vanish annually from the total inventory of apartments in the U.S., according to an analysis of U.S. Census data by the NMHC. Some are destroyed by fires or floods. Others are renovated out of existence; for example, two apartments might be merged into a single, larger unit, or get converted into condominiums.

Economic obsolescence is one of the most common reasons apartments leave the housing inventory. These units often lose their economic viability when a property needs more repairs than its owner can afford by borrowing against the development’s income stream.

Data show that less-expensive apartments are more likely than apartments overall to be lost to the inventory. The number of apartments overall grew between 2005 and 2015, but the share with rents of less than $800 a month shrank. “They’re mostly at the lower end of the market,” says Sara Hoffman, manager of multifamily research and modeling for Freddie Mac Multifamily.

These apartment properties also tend to be owned and managed by small, private owners instead of large, institutional investors and professional managers. An apartment that gets demolished because the owner can’t afford to fix the roof is unlikely to be a property owned by institutional capital.

There’s also a huge need for apartments that rent for relatively low prices. In markets across the country, vacancy rates are very low but are lowest for homes that rent at the most affordable prices.

A total of 11.1 million renter households paid more than half their income on rent in 2015, according to the State of the Nation’s Housing 2017 report from the Joint Center for Housing Studies at Harvard University. It’s easy to see that the renters who are so burdened by the cost of housing live in properties that are not operated by professional managers.

The rest of the apartment stock, including Classes A, B, C, and even D properties, tend to be run by professional managers who screen their tenants and only offer leases to renters whose annual income is a certain ratio higher than the monthly rent. The average household in Class C apartments, for example, earns less than $30,000 a year, on average, and pays roughly 30% of that income on rent, according to data from properties managed with RealPage software.

Financing to Help Older Apartments
Providing financing for these older apartments can help keep some of them operating. “There’s an overall shortage of affordable and workforce housing. Preservation is a way to address this need,” says Corey Aber, manager of community mission and impact finance for Freddie Mac Multifamily.

Freddie also offers lower interest rates to apartments whose owners commit to making the properties at least 15% more energy efficient. Because tenants often pay for their own utilities, much of these savings flow to them. “It works out to much lower utility costs for the tenants,” says David Leopold, vice president for Freddie Mac Multifamily.

Freddie Mac will also pay for a “green assessment” to identify the most-effective energy-saving renovations to make for a particular property.