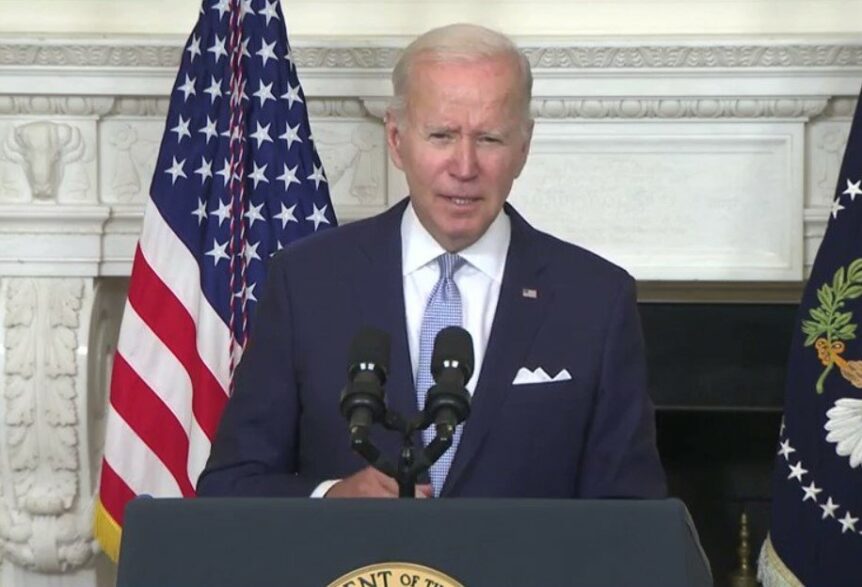 Senator Manchin Continues to Stall Climate Action in Congress
On July 28, Senate Democrats unveiled a surprise spending plan which contains $369 B for climate and energy programs over the next ten years. The plan has the blessing of Senator Joe Manchin, who previously stalled or disapproved of other climate/reconciliation bills. This comes on the heels of an earlier declaration that he couldn’t support climate-focused portions of the bill ahead of the August recess. In addition to health care reform issues, the Inflation Reduction Act of 2022 aims to reduce emissions by approximately 40% by 2030. Some items included in the 725-page agreement that were a part of previous versions are tax credits for electric vehicles, tax credits for clean energy, a Methane Emissions Reduction Program, and retaining a Clean Energy and Sustainability Accelerator.

White House Releases New Solar Energy Initiatives
The Biden administration recently announced multiple initiatives to boost the national deployment of solar energy. The initiatives supporting the equitable distribution of these renewable energy benefits were released via fact sheet. Some of the announcements are as follows:

ACEEE: New Electric Heat Pump Report Released
The American Council for an Energy-Efficient Economy (ACEEE) recently published a new report entitled, “Analysis of Electric and Gas Decarbonization Options for Homes and Apartments.” The ACEEE’s report covered thousands of homes across the United States, in search of decarbonization options for space and water heating; they found that electric heat pumps generally offer the cheapest way to cleanly heat and cool single-family homes in all but the coldest parts of the United States in coming decades.

Renewables Industry Sees Slowest Quarter Since 2019
The American Clean Power (ACP) Association released a new report that found that the renewables industry has seen its slowest quarter since 2019. According to the report, developers installed 3,188 MW of utility-scale clean power in the second quarter of 2022, which is 55% less than the same period last year. Solar installations dropped 53%, while wind installations declined 78%; however, installations of energy storage have grown 13%. The ACP attributes the decline to economic uncertainty and policy inaction.