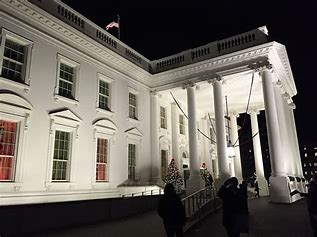 On April 20, the White House published a fact sheet on the Administration’s creation of cost-saving clean energy opportunities to combat the climate crisis. The following are included directly from the publication:

The U.S. Department of Housing and Urban Development (HUD) has determined that D.C. Solar for All’s community-net-metering (CNM) credits will be excluded from household income and utility allowance calculations and will not increase housing costs residents in properties participating in HUD Multifamily rental assistance programs.

The Department of Labor’s Youthbuild program will award 68 organizations more than $90 million to support the development of Registered Apprenticeship and other career pathway models that prepare underserved young adults for jobs in construction and other in-demand industries.

On April 21, the White House announced that the U.S. Department of Health and Human Services would provide over $385 million to states through the Low-Income Home Energy Assistance Program (LIHEAP). According to a White House’s fact sheet, these funds are in addition to the $4.5 billion that the American Rescue Plan provided to LIHEAP, and the first $100 million installment of a five-year, $500 million investment in LIHEAP from President Biden’s Bipartisan Infrastructure Law. Altogether, this year the Biden-Harris Administration is providing more than $8.3 billion in LIHEAP assistance to reduce heating and cooling costs for low-income Americans – the largest investment in a single year since the program was established in 1981.

The Colorado House of Representatives is advancing a policy to require electric vehicle (EV) charging equipment at large residential and commercial buildings. In the latest version* of House Bill 22-1218, new commercial buildings above a certain size would be required to have EV charging for at least 10% of their parking spaces; new multifamily apartment buildings would be required to have EV charging infrastructure for 20% of their parking spaces.

Florida’s net metering House Bill 741 has officially been vetoed by Governor DeSantis! In an official letter, the Governor highlighted the United States’ “worst inflation in 40 years,” and concluded that Florida “should not contribute to the financial crunch that [the State’s] citizens are experiencing.”

The bill would have directed the Public Service Commission to change net metering requirements and have customers pay the full cost of electric service instead of being “subsidized” by non-net metering customers.

California continues to push Assembly Bill 2316, the Community Renewable Energy Program Act, in hopes that community solar programs in investor-owned utility territories will increase. This bill would create a cost-effective community solar program that pools distributed energy resources and expands access to renters and low-income residents; it would also require the California Public Utilities Commission to issue guidelines to ensure at least 51% of the capacity of each community renewable energy facility is subscribed by low-income customers or low-income service organizations.