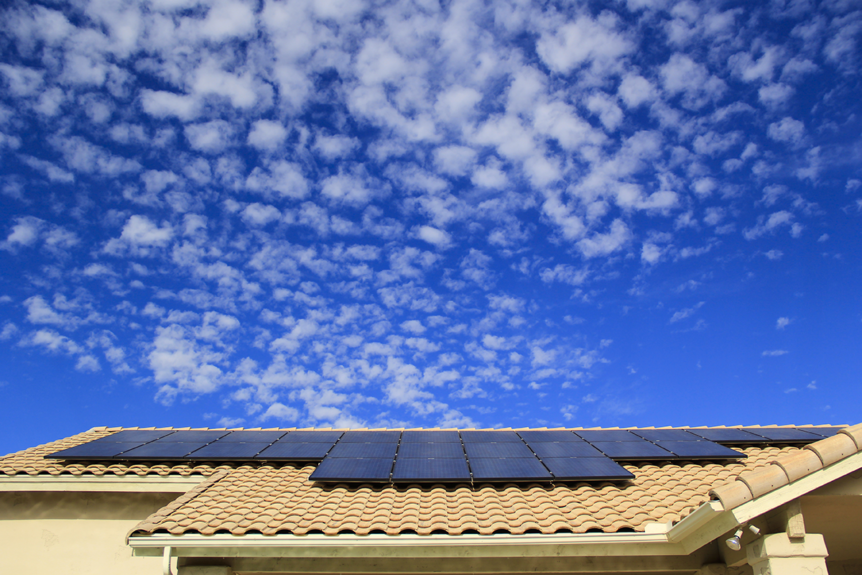 The House Energy, Environment and Natural Resources Committee voted Tuesday to pass along a revised version of HB9, the Community Solar Act—a bill that proponents say would increase the accessibility of renewable energy. The bill has also been referred to the House Appropriations and Finance Committee on its march (again) through the Legislature.

More than half of Americans aren’t in the position to put solar panels on their own roofs because they rent their homes or live in apartment buildings, or because their roofs do not get adequate sun exposure, according to the national Solar Energy Industries Association. Many more homeowners whose houses could accommodate panels simply can’t afford them.

Community solar makes it possible for anyone to buy a subscription to a larger solar project, essentially paying for a percentage of the cost of the project and receiving benefits such as lower utility bills and a lower carbon footprint.

“What we are really trying to do is level the playing field for low income communities,” says Beth Beloff, the founder of the Coalition of Sustainable Communities New Mexico, one of the organizations that helped draft the bill.

“Low income people spend more of their income on utilities. They are also usually the least likely to be able to implement energy efficiency upgrades where they live,” says Joseph Montoya, the executive director of the Santa Fe County Housing Authority.

Montoya is in the middle of an endeavor to upgrade the energy efficiency on all the properties managed by the housing authority with the goal of reducing residents’ utility bills, as well as reducing the carbon footprint of the organization as a whole.

The Santa Fe County Housing Authority is exactly the kind of entity that advocates say could benefit most from community solar.

The authority even wants to put up solar panels as part of the efficiency upgrades that include installing efficient heaters, insulating houses, and painting roofs white to keep cool in the summer. Montoya says he is still struggling to find enough funding due to the exorbitant costs of individually metering, permitting and providing solar panels for each housing unit.

But the reality is a bit more complicated.

Montoya says building its own community solar project is beyond the capacity of the authority. Finding affordable subscription options may not be so easy either.

Ravi Malhotra, the director of the nonprofit Icast, which the authority hired to help with the efficiency upgrade, has worked on projects in states across the country, some in states that have already enacted community solar legislation. In his experience, not all community solar laws are created equal.

“Community solar can be defined and implemented many different ways,” he says. “In some states the costs of community solar can actually be equal to or more than what you typically pay on your utility bill. It all depends on how the legislation is written and how the rules are made.”

In some states, he says, flawed rulemaking has led to community solar projects that offer a premium product to the well-to-do as a means of easing climate change anxiety, but with none of the promised economic benefits for low- to medium-income residents.

According to the SEPA study, the main obstacles are the way solar projects are administered. Most try to recuperate the costs of building the project in their subscription fees, which can raise prices, and require long term contracts and high credit scores from subscribers. These factors end up making community solar less accessible.

Current versions of both SB 143 and HB 9 mandate 30% of the allowed community solar capacity be reserved for low-income projects that could serve communities such as the Santa Fe County Housing Authority. All three bills would allocate $10 million towards a new assistance fund to help finance the participation of low-income individuals and help low income projects get started in community solar programs.

Lawmakers have proposed community solar bills a handful of times in the last decade, but most have run out of time or died in committee before a floor vote.
During last year’s session, the House approved a community solar bill dubbed HB 210, but it never made it through the Senate. The vote fell straight down party lines, with all House Republicans voting against it and all but one Democrat voting in favor.

Rep. Larry Scott, R-Hobbs, tells SFR by phone he sees community solar providers as unregulated electricity generators that provide electricity which the public utilities are then forced to buy regardless of whether they need it or not.

“My opinion is that the utilities are already being asked to transition over to renewable energy with the [Energy Transition Act] that we passed last year. So let’s give them the chance to do that without causing them extra stress by throwing in all these unregulated providers,” he says.

Another concern raised by Republican lawmakers in Tuesday’s committee meeting is the potential that costs of infrastructure for community solar projects could be passed on to regular ratepayers.

“It seems fundamentally unfair that people who are not subscribed will be paying,” said Rep. Rod Montoya, R-Farmington, in the committee meeting Tuesday morning.

Democrats also brought up concerns about the business model for solar projects and their relationship to PNM, as well as some technical difficulties.

Rep. Melanie Stansbury, D-Albuquerque, who voted in favor of the bill said, “this is something that our communities absolutely would like to participate in and it’s something that I fully support…The bill still needs some refining…but I look forward to the continued conversation.”

The SEPA study found that providers in other states have struggled both to avoid passing on costs to other ratepayers and filling community solar subscriptions for certain kinds of projects. Yet once again, the difference between successful projects and problem projects was in the details of how they were administered.

The House committee voted 8-5 to support the bill with amendments to address the technicalities of some of the issues raised. The Senate version has been referred to several committees but has not yet been scheduled.

This article was published by Leah Cantor at The Santa Fe Reporter. To see the original version of this story, please click HERE