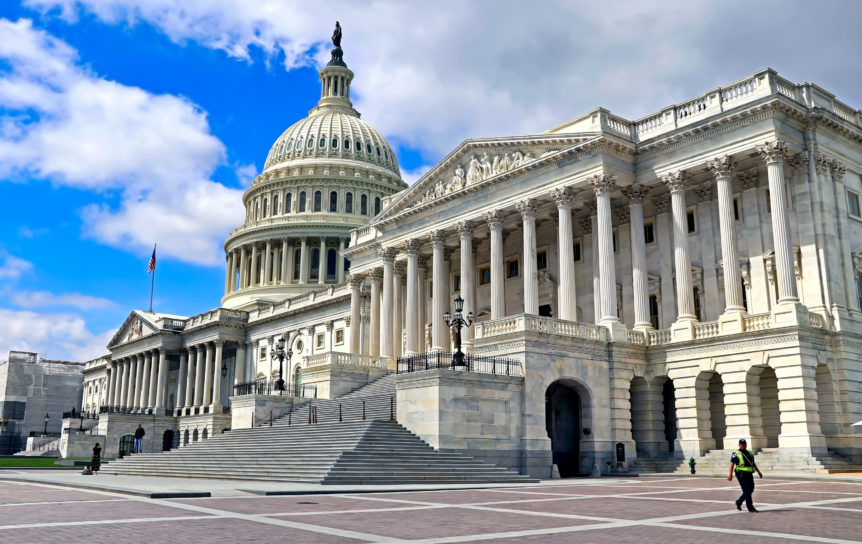 On Tuesday, August 24, Congressional House Democrats resolved quarrels between centrist Democrats and the party to pass the $3.5 trillion partisan investment package – narrowly passing with a 220 to 212 vote. To appease the centrist Democrats during negotiations on the partisan bill, Speaker Nancy Pelosi committed to a September 27 deadline to vote on the $1.2 trillion infrastructure package, which includes $550 billion of new spending. Leadership is hoping to have the investment package, which committees have a September 15 deadline to assemble, ready for the floor around the same time as the infrastructure bill – with the goal of passing both by the end of that month.

The Federal Energy Regulatory Commission (FERC) and the U.S. Energy Information Administration have confirmed that nearly all new U.S. electrical generating capacity additions in the first six months of 2021 were from renewable energy sources. In the FERC’s latest “Energy Infrastructure Update” report, data showed that just over 91% of new capacity came from renewable energy sources: 5,617 MW from wind and 5,279 MW from solar. The data also indicated a “high probability” that solar will experience a net increase of 44,385 MW in the next three years; in comparison, natural gas’ three-year estimated net growth stands at 26,540 MW.

Connecticut regulators have finalized new rules that have been in negotiations since Fall 2019. One of the outcomes has been instituting a charging infrastructure program (“CIP”), which commits the State to deploy 125,00 – 150,000 electric vehicles by 2025 – a significant increase from the previous commitment of 17,000. The CIP will also provide rebates that cover nearly half of the charging station cost to multifamily and commercial building owners.  Additionally, Connecticut will be instituting a nine-year program, dubbed the electric storage plan (“ESP”). The ESP includes a set of upfront incentives that will reduce ratepayer costs to purchase and install storage systems, which directly supports the State’s 2021 law establishing a statewide goal of deploying 1,000 MW of energy storage by 2030.

In a historic vote on August 11, the California Energy Commission (CEC) unanimously voted to require all new buildings, including multifamily and nonresidential, to be equipped with solar and battery storage. This mandate would accelerate the installation of solar and battery storage across the State by adding 280 MW of solar annually and 400 MWh of batteries to commercial buildings, according to estimations made by the Energy Commission. If the California Building Standards Commission affirms the CEC vote in December 2021, the new requirements will go into effect on January 1, 2023.