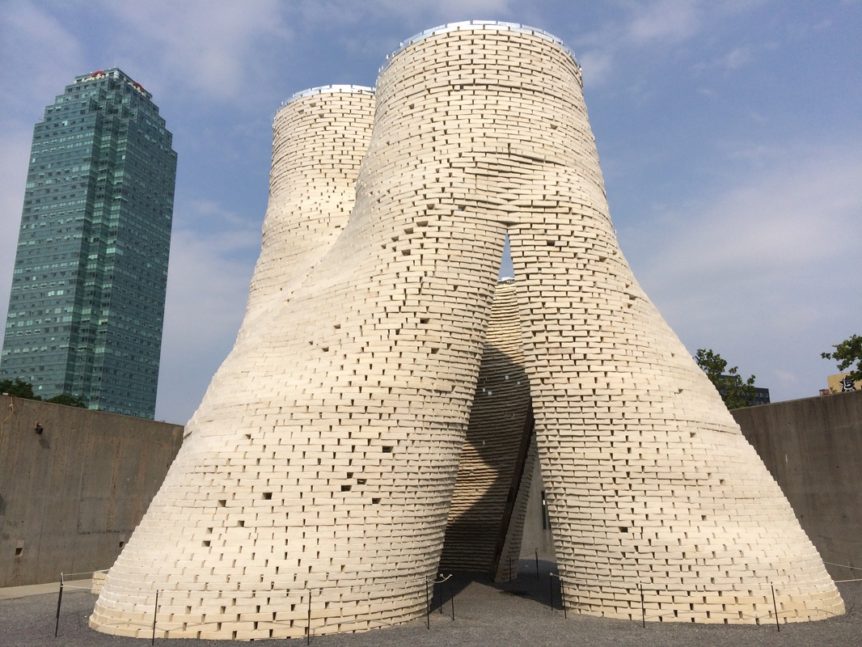 Architects are starting to see the climate crisis not just as a problem, but an opportunity to rethink the world anew

Nearly 40% of UK greenhouse gas emissions, to use a figure architects love to bandy, are caused by the built environment. It’s an arresting figure. It suggests that the design of buildings and the planning of cities can do much to counter climate crisis.

Architecture tends to attract people who want to change the world for the better. And what could matter more than the prevention of environmental and societal collapse? So what would architecture look like if all involved put climate at the centre of their concerns? Would there be no more concrete, given the material has been fingered as particularly destructive? Or an end to towers clad in panels that have to be replaced every 30 years? Or much less building altogether?

It is a question raised earlier this year by the launch of Architects Declare, in which 17 winners of the Stirling prize proclaimed a set of principles by which they and – they hoped – others would from now on work, and by the debate that followed. How serious could these architects really be, went one of the reactions, given that a number of them are designing major airports? A more radical version of the question will be put by the young curators of the Oslo Architecture Triennale, Maria Smith, Phin Harper, Cecilie Sachs Olsen and Matthew Dalziel, which opens later this month. “Just fiddling around with what the market gives us is not enough,” says Harper.

The argument of Architects Declare goes something like this: architects have no excuse for not giving their utmost to make their work have as little impact on the environment as possible. They have to consider everything – how far stone might have to travel from quarry to site, for example, and whether or not a building’s components will end up as landfill when it is demolished.

Sustainable design shouldn’t be seen as just a technical fix, a matter of paying the right consultant enough money to make sure the building ticks enough boxes, or of buying the most magical available piece of cooling technology. It should rather be integrated into the art of architecture. The ideal is that it should help buildings be all round better, longer-lasting, more pleasurable, more beautiful – “generosity, quality of materials, what people want – it kind of makes them endure” is how Alison Brooks, one of the Architects Declare signatories puts it. It could mean more natural stone, more timber.

Slightly more radically, the architectural profession needs to reconsider its values. Architects are still trained from studenthood to perform in what Steve Tompkins, one of the driving forces behind Architects Declare, calls a “competitive and individualistic profession”. They get more glory for designing a singular new building than they would if they worked out a good way of insulating old houses. Yet, as most of the building stock of the future is already with us, and as demolition and rebuilding entails the chucking away of whatever went into making the original building, the latter is likely to be more useful than the former.

All of which, if every architect pursued it with full commitment, would be a significant advance. This collection of good principles, however, doesn’t answer the airport question, which highlights the limits on architects’ powers: it is not up to them to decide how much air travel there is in the world, which leaves them with the choice of refusing the commission to design airport buildings, or helping them to be as “green” as they possibly can be. Grimshaw Architects, Foster and Partners and Zaha Hadid Architects, signatories of Architects Declare, have opted for the latter. They are working on terminals in Heathrow, Mexico City and Beijing, respectively.

For Jeremy Till, head of Central Saint Martins school of art and design, these architects’ choice is a “farce”. “You can’t have a carbon-neutral airport,” he says. Architects have to do more than be well-intentioned instruments of what he calls “an extractive industry”. They have to be activists as well as designers.

Maria Smith and Phin Harper believe drastic times call for drastic actions. If, as the Intergovernmental Panel on Climate Change said last autumn, there were only 12 years left to limit climate change catastrophe, the conventional processes of architecture are too slow to make any difference. Rather the whole attitude to construction has to change now. Which also requires the economic system behind it – that is to say, capitalism – to change.

Their Triennale in Oslo, a series of displays and performances starting on 26 September, will apply to architecture the economic and political idea of degrowth – the beliefs that an alternative has to be found to the continuously rising GDPs that are fundamental to capitalist economies. For Smith and Harper it is about using resources that already exist and, rather than serving “utilitarian goals of investment and profit”, concentrating on “what really makes life worth living”. “All the ingredients for a good life exist somewhere in the world”, they say – it’s just a question of enabling everyone to have access to them.

For architecture this might mean learning from indigenous building techniques based on using renewable materials close at hand, such as mud walls or thatch, enhanced with modern technology. Smith and Harper give as examples machines for making bricks out of mud, wall panels made of hemp and lime, materials made from compressed recycled denim or from ground-up pine needles mixed with pine resin. There is a technique for building columns by filling heavy duty fabric with sand or rubble. There is mycelium, a form of fungus that can be made into bricks.

A practical example of this thinking is the Ilford community market, a project by Smith’s practice, Interrobang, which is due to open next year. Here there will be no concrete foundations, but a timber structure stabilised by rocks in metal cages that can be demounted and reassembled with minimal waste or impact. It should also be possible to make a humble kitchen extension, argue Smith and Harper, using materials dug up from the ground around it, “rather than importing steel reinforcement from China”. It would only require a different idea of what a kitchen extension should look like.

There are a few gaps in the thinking articulated by Smith and Harper. If action on climate is urgent, we probably can’t wait for the entire economic and social basis of the modern construction industry to change first. It’s also not obvious how some of the experimental techniques they mention can be developed at speed and scale to make a meaningful impact.

They themselves don’t pretend to have all the answers. But then, it’s also clear that more moderate members of the profession don’t have all the answers, either. What is clear is that everyone involved in the design and making of buildings has to do everything they can to mitigate their effect on climate. Which, if we’re really lucky, will also lead to better architecture.

This article was written by Rowan Moore and published by The Guardian Weekly. To see the original version of this story, please click HERE