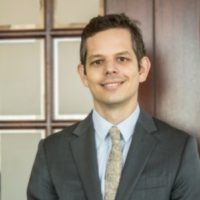 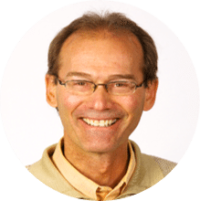 Bruce works for Liberty Global, where he manages technology investments for their corporate venture fund. Bruce has helped found several companies and led businesses from concept and model development, through capital formation, revenue generation and team-building phases. Bruce has also worked at several corporations such as comCables as President, Northstar Exchange as COO (sold to Construction Software Technologies in 2007), EHPT as President (sold to Ericsson in 2002), and Ericsson Mobile Communications as Division President. Bruce is a 5th generation native of Colorado, with roots going back to the Homestead Act in Colorado Territory. 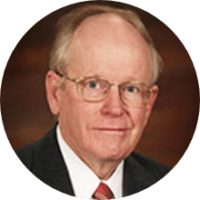 John served at Colorado School of Mines (CSM) for 29 years, beginning as an Assistant Professor of Physics in 1977 and culminating in his appointment as CSM’s 15th President in 2000. Prior to this appointment, John served for nearly five years as Vice President for Academic Affairs and Dean of Faculty at CSM.   John is currently a member of the Board of Directors of the Red Rocks Community College Foundation, WorldDenver, and the Mobile Science Show Foundation. He previously served on the Advisory Board of the National Renewable Energy Laboratory, the Boards of the Golden Civic Foundation and Community First Foundation, and the Governing Board of the Colorado Community College Systems.

Ravi is an experienced engineer and social entrepreneur who has established a variety of enterprises in India, Africa and the US with an emphasis on sustainable technologies. He has led both award-winning research & development efforts and successful new product launches. Ravi holds a bachelor’s degree in engineering from the Indian Institute of Technology and master’s degrees in both engineering and business administration from the University of Texas at Austin. For the past ten years, he has led ICAST in its programs that have helped hundreds of entrepreneurs and businesses with technical assistance, fundraising, marketing, and building a management team and business strategy. 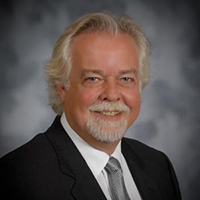 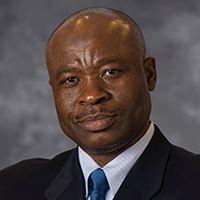 Kamal serves as the CEO of BBVA in New Mexico. BBVA is a global financial services group with total assets of approximately $800 billion and operates in more than 30 countries. BBVA has 7,844 branches, 31,922 ATMs and more 125,000 employees worldwide. BBVA in New Mexico has branch locations in Albuquerque and southern New Mexico.

Kamal has been with BBVA since 1995 when he started his banking career in Birmingham, AL. He was transferred to Albuquerque, NM in the summer of 2000 and has been serving in his current role as CEO since 2014.

Kamal serves as a board member on many not-for-profit organizations. 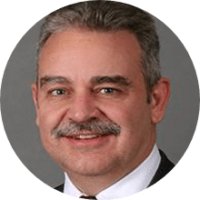 Jeffrey is a Partner at RubinBrown LLP with almost 30 years of experience in the real estate and housing industry. Jeff specializes in providing assurance and consulting services to clients in the real estate industry. At RubinBrown, Jeffrey provides expertise in low-income housing and tax credits, multifamily financing, nonprofit entities, and state housing finance authorities. Jeff also has expert knowledge concerning HUD-insured financing and loans, developers, and public housing authorities. Currently, Jeff is a member of the American Institute of Certified Public Accountants (CPAs), the Housing Colorado Conference Planning Committee, and Colorado’s Society of CPAs. Jeff was also Vice-Chair of the Northern Michigan Chapter of the Michigan Association of CPAs. 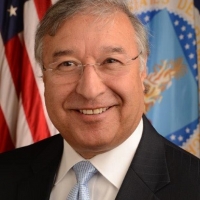 Tony is a highly-qualified executive with more than 26 years of experience, including business planning, solution development, sales, marketing, business advocacy, policy development, housing and community development investment, public relations, strategic communication, business process improvement, and legislative and government relations. As an Obama-appointee, he recently finished serving as the Administrator of Rural Housing Service at USDA. In that position he led and managed the administration of RHS’s $28.7 billion annual budget to support multifamily, single family, and community facilities development programs. He also oversaw 611 staff dedicated to improving the quality of lives of people in rural America. 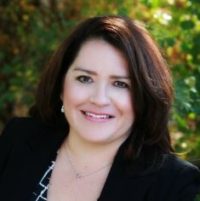 Shelley Marquez is a Senior Vice President and Community Development Manager at Wells Fargo, where she leads programs designed to support economic development initiatives related to affordable housing, financial education, workforce development and small business success across 16 states. Marquez has 32 years of experience in financial services and has spent the last 22 years with Wells Fargo. Prior to her current position, Shelly was part of Wells Fargo’s Business Banking Group where she developed extensive lending experience. She also currently serves on the Federal Reserve Bank of Kansas Community Development Advisory Council. 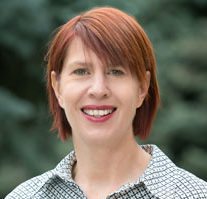 Trish serves as Chief Legal Counsel for Moye White represents domestic and international companies in the planning, implementation, and execution of mergers and acquisitions, joint ventures, and private equity/venture capital financings. With an extensive background in commercial lending, Trish has represented banks and non-banking institutions from U.S. and overseas in debt financing transactions. She has in-depth experience with private equity and venture capital funds and assists with fund formation, offering document preparation, tax, securities, and regulatory compliance issues. Prior to joining Moye White, Trish was a partner at McKenna Long and Aldridge LLP. 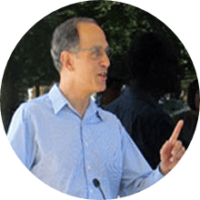 Jerry is the City of Denver’s first Chief Sustainability Officer. He coordinates the efforts of all city agencies and their 11,000 employees in achieving the City’s 2020 Sustainability Goals. Jerry previously served as the Director of the Center for Energy and Environment at the Mid-Ohio Regional Planning Commission in Columbus. Prior to his service at in Columbus, Jerry was the Ohio Executive Director of the National Audubon Society, the nation’s premier bird conservation organization. An attorney by trade, Jerry practiced as a commercial trial attorney representing businesses of all sizes for over 20 years, and was a partner in two of Ohio’s largest law firms. Jerry received his undergraduate and law degrees from George Washington University in Washington, D.C. 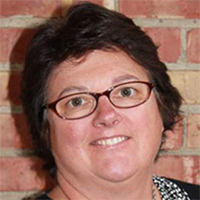 Tara has been the Executive Director at the Utah Housing Coalition in Salt Lake City since 2004. The Utah Housing Coalition is a non-profit organization dedicated to promoting the increase of accessible and affordable housing throughout the state. Some of their methods include educating the community on matters of housing and finance, providing a network of support for professionals in the housing industry, and working with influencers and decision-makers in the non-profit, for-profit, and public sectors.

Felipe serves as the Executive Director at the Greater Albuquerque Housing Partnership, coming from the New Mexico Mortgage Finance Authority (MFA), where he provided debt and equity solutions for affordable housing development throughout New Mexico. As a quasi-governmental entity, the MFA is the State of New Mexico Tax Credit allocating agency and also serves as the State’s Housing Finance Agency. Prior to the MFA he held management positions at Arbor Commercial Mortgage, Bank of America, Berkshire Mortgage, and Bascom Group. Felipe was born and raised in Taos and holds degrees from Claremont McKenna College and a MBA from the Drucker School at Claremont Graduate University. 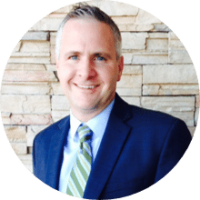 Joshua is the Vice President  and Commercial Loan Officer for Washington Federal Bank. Josh graduated from the University of Colorado with a B.S. in finance in 1996. His career began in the mutual fund industry where it took him from Denver, to Boston, and overseas. Returning to the Western US in 2005, Josh moved to Albuquerque with his wife and child in 2007, beginning his career in banking. Now a commercial loan officer specializing in multifamily, retail, and other commercial real estate properties, Josh appreciates the need for well planned development and economic growth. Josh sits on the Executive Management Committee of the Urban Land Institute NM, and the Board of Directors of the Apartment Association of New Mexico, holding the position of Treasurer in both organizations. 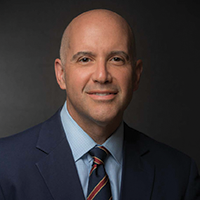 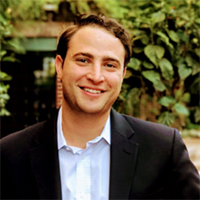 Jared Leader is in the Advisory Services group at SEPA. In his role he researches and develops strategic plans for programs, products, and services that will drive integration of distributed energy resources, non-wires alternatives and microgrids into utility resource portfolios and business operations.
Jared is the staff lead for SEPA’s Microgrid Working Group and co-leads SEPA’s consulting engagement with the D.C. Public Service Commission facilitating the grid modernization (MEDSIS) initiative in the District.
Prior to joining SEPA, Jared spent three years as a consultant at Arcadis US. Jared was responsible for the design, implementation, and management of several environmental programs for both municipal and commercial clients in the energy and water sectors.
Jared earned his BS in Civil and Environmental Engineering from the University of Virginia and his MS in Energy Policy and Climate from Johns Hopkins University. 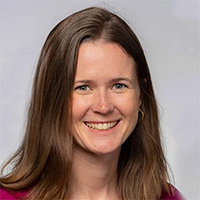 Jenny Heeter is a member of the Markets & Policy Group in the Strategic Energy Analysis Center at the National Renewable Energy Laboratory. She specializes in market and policy analysis as well as utility regulation and analysis.
Jenny is field of research interest includes voluntary green power markets, renewable energy certificate markets and pricing, solar renewable energy certificate markets, and
renewable energy and carbon accounting.
Jenny received an M.P.A. in Environmental Policy and Natural Resource Management from Indiana University in 2008. Since then she’s been working in the industry.

Tom Conrad is a portfolio manager, financial analyst, and freelance writer specializing in renewable energy and energy efficiency. he is currently working to create what he believes would be the first dividend income oriented green mutual fund, based on a strategy, the Green Global Equity Income Portfolio, which he has been managing since December 2013.

Tom is the Editor at AltEnergyStocks.com. he lives in New York’s lower Hudson River Valley, and volunteers as the Chair of the Marbletown Environmental Conservation Commission. Todd is a runner and a woodworker. He is currently using those woodworking skills to renovate (and upgrade the energy performance) of the 1930 farmhouse he lives in with his wife.