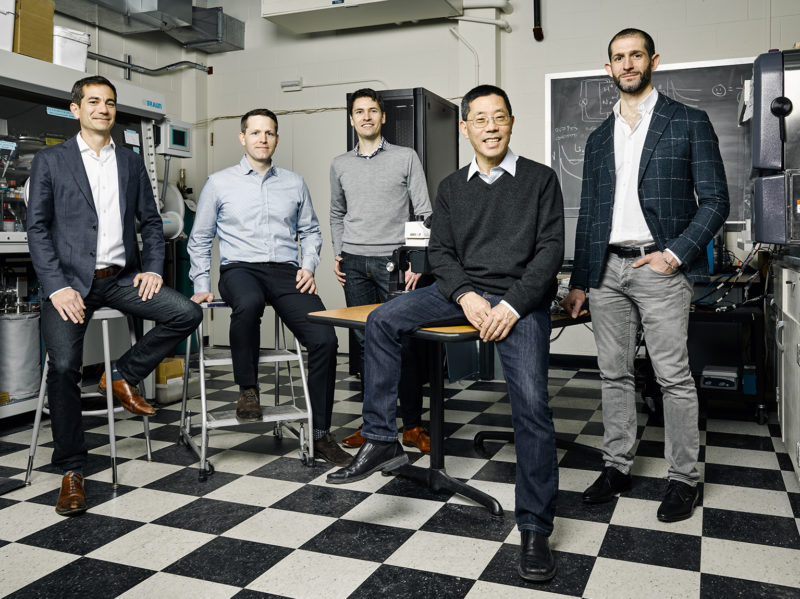 Renewable energy technology has come a long way in the past few decades, finally making solar and wind power generation competitive with fossil fuels on price. But they don’t work when the sun isn’t shining or the wind isn’t blowing. “If we want to power the world mainly with renewables we need to find a way to overcome that variability, so we have energy when we need it,” says Form Energy CEO Ted Wiley. That means storing energy long-term with batteries, to make up for a changing supply not only day by day but also week by week, and even across seasons.

It’s these longer duration gaps that are of particular interest to the team at Form Energy, which is designing a new type of battery that could store renewable energy for months at a time at a fraction of the current cost. Even though the cost of lithium ion batteries has fallen dramatically in the past decade, they are still far too expensive to cover longer durations and make renewables the dominant energy source for our grid. That’s why Wiley was intrigued when Yet-Ming Chiang, an MIT professor and cofounder of battery company A123, asked Wiley to sit down for coffee in early 2017.

Chiang was experimenting with a new technology, making rechargeable batteries out of sulfur instead of lithium, resulting in incredible cost savings. Chiang’s early lab results for the sulfur batteries indicated they could store energy over longer durations for a tenth of the cost of lithium ion batteries. A natural byproduct of gas and oil refining, sulfur is not only plentiful, but also particularly good at storing energy long-term. Working with Marco Ferrara, an MIT PhD and expert in modeling energy storage, he had concluded that renewable power plants including this storage technology could transform the global energy grid–enabling complete replacement of fossil fuels. “I knew he was working on a new project in storage,” says Wiley, who had previously co-founded the Bill Gates funded battery startup Aquion Energy, “but I was still surprised at the end of our conversation when he said, ‘If this approach works, it could be a game-changer.”

Wiley immediately began working with Chiang to spin the technology from the lab into a company, spending nights and weekends fleshing out the idea. “If Yet’s idea is successful, it could completely redefine the power industry,” Wiley says. “The biggest contribution I could make at the time was to be the first person to get the ball rolling by jumping in with both feet.” Wiley helped recruit Ferrara, who had led the initial business case modeling, and Billy Woodford, one of Chiang’s top former students who had just spent several years developing advanced lithium ion batteries.

They called their new company Baseload Renewables, boldly promoting the idea that rather than just supplementing the grid, renewable energy could be the source of baseload electric power, the minimum level of generation that operates at all times. “We don’t even describe what we are making as a battery,” says Woodford. “We call it a bi-directional power plant, that can send energy out and also take it in and store it when needed. It’s a battery purposely built for the renewable grid.” Since the baseload generation accounts for half of all emissions from gas and coal, the company could not only radically transform energy usage but also significantly impact climate change. “You won’t talk to anyone who doesn’t think that what we’re trying to do is a little bit crazy,” says Chiang. “It’s hugely ambitious, but the impact could be enormous.”

Baseload Renewables raised a seed round from The Engine in August of 2017, and for a September launch event, they invited, Mateo Jaramillo—a former Tesla executive who initially ran the company’s drivetrain business before leading the creation of Tesla’s Energy Storage group. “We all had tremendous respect for Mateo’s role in creating the grid scale energy storage industry and were hoping he might sign on as an advisor or even a board member,” says Chiang. Jaramillo initially declined, saying that, while honored by the invitation, he was already working on his own battery company devoted to long-duration energy storage using a different combination of chemicals. In fact, he had received a term sheet for investment for his company, Verse Energy, the day before, and was planning on finalizing it later that week.

Despite the fact the companies might be competitors, however, Jaramillo was intrigued that another team was working on the same problem. Instead of accepting the term sheet, he accepted the invitation to fly out to Boston to meet with Chiang, Wiley, Ferrara and Woodford, to see if the two companies might be stronger working together. That hunch turned out to be correct. “Together, we had a stronger overall team and two viable technology paths,” Jaramillo says. “If both of them look great and have strong market fit, then guess what? We’ll go do both of these things.”

With that in mind, the five founders created a new company: Form Energy. After completing the merger, they raised $9 million in capital in January to bring its total investment to $11 million. “I think everyone who invested believes that if anyone can bring a game-changing long duration storage solution to the market, it’s going to be this team,” says Chiang. The company hopes to settle on the best combination of chemicals and start large-scale prototypes to test on the grid within the next few years. “If we are successful,” says Wiley, renewables will become the lowest cost, most dependable source of energy for the world.”