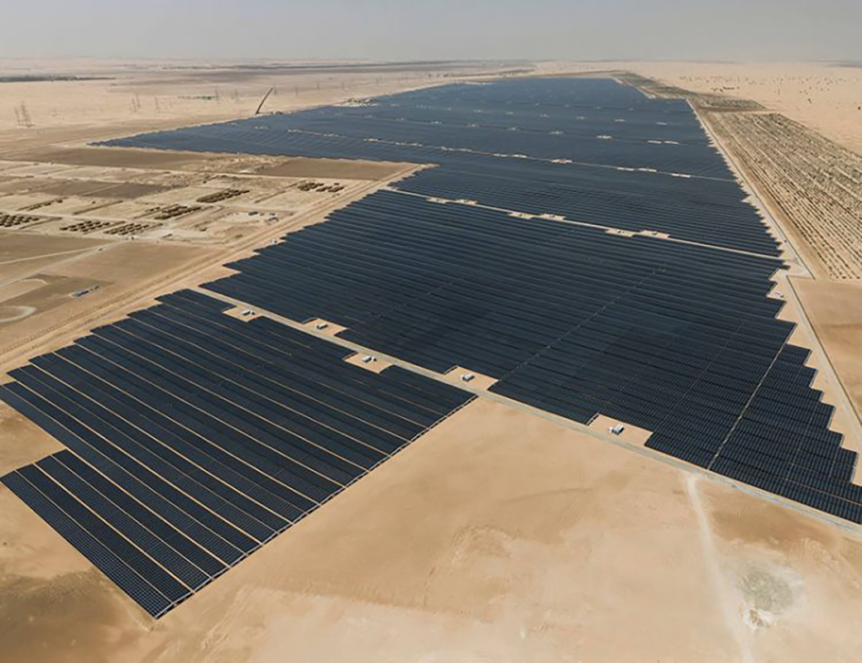 The two-gigawatt Al Dhafra project in Abu Dhabi, the world’s biggest single-site solar installation, is expected to deliver electricity at a record-low US1.35¢ per kilowatt-hour when it goes into service in 2022.

The bid to the Abu Dhabi Power Corporation came from a consortium consisting of Électricité de France (EDF) and the projects division of Chinese manufacturer Jinko Solar, Greentech Media reports.

“The selected consortium will own up to 40% of a special purpose vehicle created for the project, with the remaining stake owned by the Abu Dhabi Power Corporation and other, undisclosed government entities,” PV Magazine adds. The intended start date in the second quarter of 2022 “would represent only a marginal delay from the original two-year time scale stated in March, when the original date set for opening final price bids was postponed because of COVID-19-related public gathering restrictions” in the United Arab Emirates.

Greentech notes that Gulf states “have had more than their share of record-low solar prices of late,” with a project in Dubai offering power at 1.7¢/kWh last November, then a Qatar project led by French colossal fossil Total and Japanese conglomerate Marubeni coming in at 1.6¢ in January. “Now, three months later, the record looks set to pass back to the United Arab Emirates,” the industry newsletter says.

“There are numerous factors behind the ever-lower prices for solar in the Middle East, including great solar resources, large and flat sites, cheap-to-zero land costs, massive scale, and the cheap finance that comes with a 30-year power purchase agreement with a petrostate as the offtaker,” Greentech adds. “Both JinkoSolar and EDF have strong track records in the United Arab Emirates,” with Jinko teaming up with Marubeni on the 1.2-gigawatt Noor Abu Dhabi project, which went online last year.

This article was published by The Energy Mix . To see the original version of this story, please click HERE