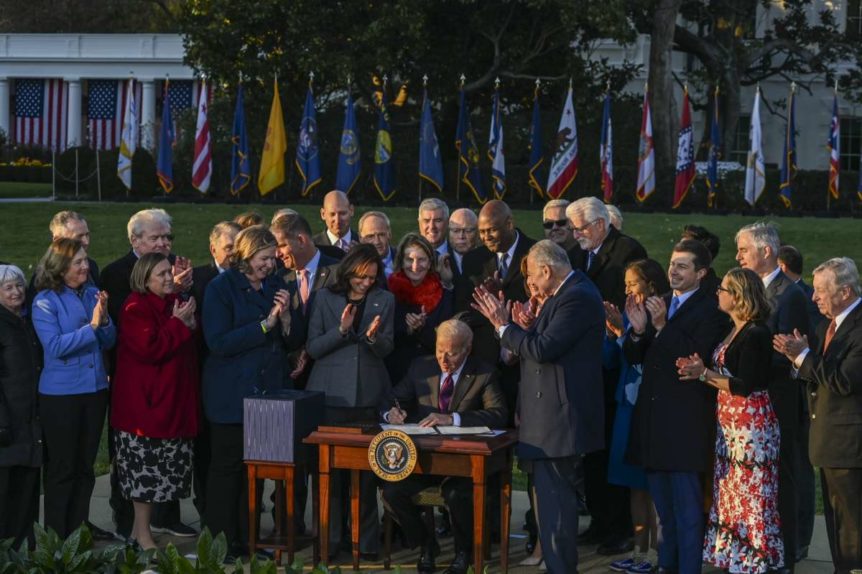 The Bipartisan Infrastructure Bill (H.R. 3684) passed and was signed into law by President Biden this past month. The White House has released a Fact Sheet stating that this new law will “…ensure every American has access to high-speed internet, tackle the climate crisis, advance environmental justice, and invest in communities that have too often been left behind.” Here is a look at some of the provisions that are included:

With the House’s recent passage of the $1.7 trillion budget reconciliation package (H.R. 5376), the Senate will be modifying the bill until it has the votes necessary for passage – most notably from Senators Joe Manchin (D) and Kyrsten Sinema (D). Majority Leader Chuck Schumer (D) hopes to pass it by the end of 2021, but it does currently look promising given the fiscal deadlines on the horizon. Here are some highlighted sections of the bill that are up for modification:

On November 22, Floridian Senator Jennifer Bradley (R) introduced a bill that could end net metering for rooftop solar customers as it currently stands. The bill, SB 1024, seeks to “revise and provide legislative findings relating to the redesign of net metering to avoid cross-subsidization of electric service costs between classes of ratepayers,” as well as “require the Public Service Commission to propose new net metering rules.”  The legislation would shift compensation rates to the utility’s avoided cost of generation, and open the door for a host of fixed charges aimed at solar. The Florida Solar Energy Industries Association is currently reviewing the legislation, but has suggested that this plan has the potential “to set the rooftop solar industry back nearly a decade.”

A net metering policy agreement has been achieved in North Carolina after years of negotiations between solar advocates and Duke Energy. If approved by the North Carolina Utilities Commission, the new net metering tariffs would go into effect for customers submitting applications on or after January 1, 2023. The agreement includes: