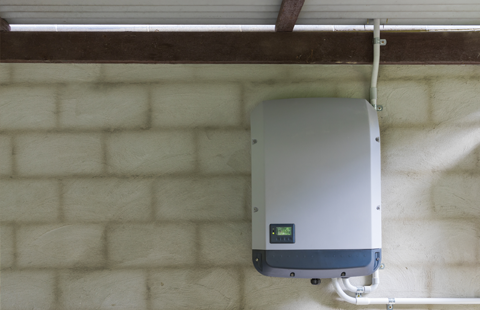 Energy storage has been the coming thing for years. Now, it has arrived – as an efficiency measure.

When the Massachusetts Department of Public Utilities (DPU) approved the state’s new three-year energy efficiency plan, known by many through Mass Save, it brought “behind-the-meter” energy storage into the program. Behind-the-meter is a shorthand description for energy storage that is installed on the customer’s side of the meter, usually in the form of a battery.

Massachusetts is once again leading the nation on energy storage policy and advancing a generous new source of funding to support distributed battery deployment, but there is still room for improvement.

Another key benefit is how this program will change the way customers think about their own energy use and savings. Customers who own or lease a battery system on their property will be paid incentives when they use the battery to reduce demand on the system, especially during times of peak demand. This program will be offered to commercial and residential customers for new battery installations (although a critical mass of residential customers from each area will have to sign up before the utilities issue contracts).

Groundbreaking cost-benefit analysis
How did this happen? Clean Energy Group (CEG) contracted Liz Stanton of the Applied Economics Clinic (AEC) to present a first-of-its-kind analysis that showed the benefit-cost-ratio for energy storage and provided a sound basis for including it in the energy efficiency plan. All state energy efficiency plans undergo thorough review, including detailed cost-benefits analysis based on tests that vary by state. So this analysis should provide a basis for similar work in other states.

CEG and AEC have also, for the first time, calculated the non-energy benefits associated with energy storage. These benefits, such as job creation, reduced land use, reduced grid outages, and higher property values would have shown an even higher return on investment for energy storage, but no attempt was made to quantify them in the current plan. CEG will publish this work in April.

Room for improvement
Despite its important advances, the Massachusetts energy efficiency plan excluded some of the most promising energy storage incentives and program design elements—most importantly, those that would have supported storage for low-income communities.

The plan does not include any carve-outs or additional incentives or financing for low-income storage, which was a key recommendation from CEG. This is contrary to the state’s professed commitment to including low-income communities in its clean energy program offerings, and it is an issue that should have been addressed by the DPU. The DPU also limited the scale of a proposal for incentives that would have made batteries more affordable to residential customers and some commercial customers.

Assessing the Impacts
The 2019-2021 Energy Efficiency Plan includes some $13 million in customer incentive payments for energy storage. This unprecedented advance is expected to drive the installation of behind-the-meter batteries capable of storing 30-34 megawatts. That’s more than 15 times the amount of batteries currently installed in the state. That marks a significant change in the number of customers who can participate and the benefits batteries will generate.

There’s more work to be done, both in Massachusetts and in other states, but this new direction should be hailed by energy storage advocates as a pivotal moment in the development of state policy for behind-the-meter battery storage.

CEG offered a webinar to introduce their report on the inclusion of energy storage in the Massachusetts efficiency program. That webinar happened on April 4.

This was written by Todd Olinsky Paul for The Barr Foundation.  To see the original version of this press release, please click HERE.