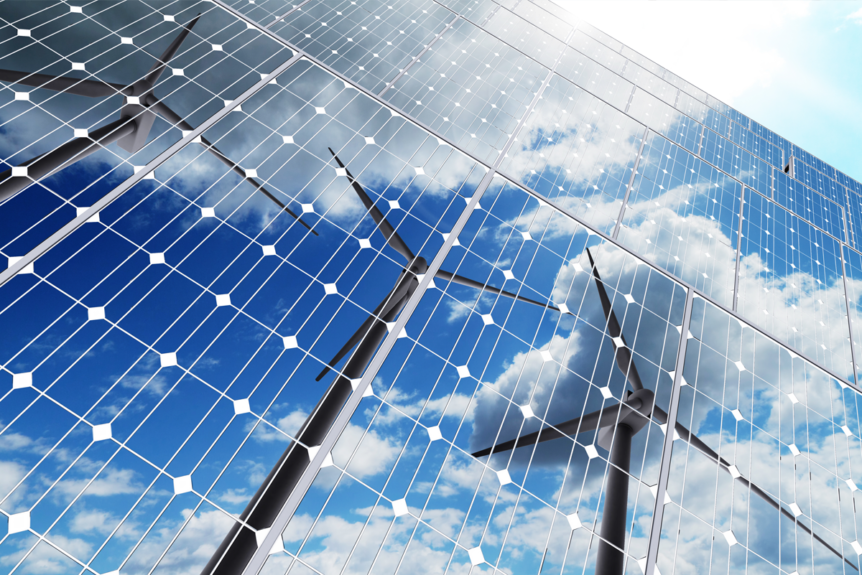 For a decade or more, even as renewables have gained market share within the US power grid, accelerated progress toward a lower-carbon grid has been held up by two dominant–but outdated–narratives.

First, utilities and others have long argued that renewables, in particular wind and solar, are costly compared to fossil fuel resources, and if adopted at scale would lead to increased customer costs. Second, grid operators have contended that wind and solar cannot contribute at scale to the reliable operation of the grid, due to their weather-dependent output.

A new study released this week, using the most up-to-date data on renewables costs and industry-standard modeling tools to assess system reliability, has thoroughly debunked both of these outdated and inaccurate narratives. In the report, researchers at the University of California-Berkeley and GridLab find that 90 percent of US electricity can be supplied by carbon-free sources (mostly new wind and solar, but also including existing hydro and nuclear) by 2035, while maintaining system reliability and decreasing consumer costs compared to today’s system.

This “2035 report” is only the latest addition to the growing mountain of evidence that clean energy is the least-cost, least-risk choice for new investment in the US grid. But the work also breaks new ground in several areas, and contributes new insights and actionable strategies for utilities, regulators, policymakers, and other stakeholders.

Three aspects of the study deserve particular attention from utilities and stakeholders planning the transition to a decarbonized grid:

Much ink has been spilled in the utility industry on the feasibility of “100 percent clean” electricity grids, with 2050 being a common deadline to achieve this outcome. Such targets can be useful north stars for the industry to anchor discussion around; indeed, the latest climate science suggests a need for the global economy to reach net-zero carbon by 2050, making it imperative that the grid is as close to zero-carbon as possible.

However, the discourse concerning how to achieve a 100 percent carbon-free grid, and in many cases the debate around if it is even possible, has taken attention away from the opportunity at hand and the urgent climate imperative: to move as quickly as practical towards ever-higher levels of carbon-free electricity. In other words, the ongoing debates on net-zero carbon pathways have, in many cases, missed the trees for the forest.

The 2035 report avoids that trap. The authors still acknowledge the uncertainty around technology development through 2050, load growth due to electrification, and other possible confounding factors that may appear 15 years from now that are important for reaching a 100 percent clean grid. But by focusing on what is certainly possible in the next 15 years, not what is hypothetically feasible three decades from now, this study shows it practical and economic to eliminate the lion’s share of electricity emissions quickly.

The 2035 report avoids both pitfalls. GridLab and UC Berkeley use PLEXOS, an industry-standard grid simulation model widely deployed by utilities, researchers, and system operators around the world, to simulate a 90 percent clean grid. Further, they run this hourly simulation across multiple years of historical data to capture renewable and load variability and ensure that a 90 percent carbon-free portfolio is reliably able to meet load across different weather conditions.

The authors also use the US Department of Energy-sponsored Annual Technology Baseline, which has emerged as the benchmark source for current and future projections of electricity resource costs, including wind and solar. This corrects a major issue with many utility-led studies that often fail to account for actual wind, solar, and storage cost declines.

The 2035 report starts deliberately from the constraints imposed by today’s US electricity grid, and accounts directly for the steel currently in the ground in arriving at an investment pathway to support a 90 percent clean electricity future by 2035.

The study, and a companion article from Energy Innovation that lays out a policy roadmap to support a 90 percent decarbonized grid, tackles head-on many of the pressing questions facing utility planners, regulators, and policymakers as they grapple with the practicalities of the utility industry’s ongoing energy transition:

In short, the Berkeley/GridLab report represents a distinctive new chapter in the evolving discourse playing out around the country regarding the future of the US electricity system. The study will likely be an important benchmark against which individual utilities’ investments are evaluated for compatibility with least-cost and feasible decarbonization outcomes.

Investors, utilities, regulators, and policymakers should take advantage of the wealth of insight and information contained within this body of work, and plan accordingly for their own role in accelerating the decarbonization of the US power grid.

This article was written by Mark Dyson and published by Rocky Mountain Institute . To see the original version of this story, please click HERE