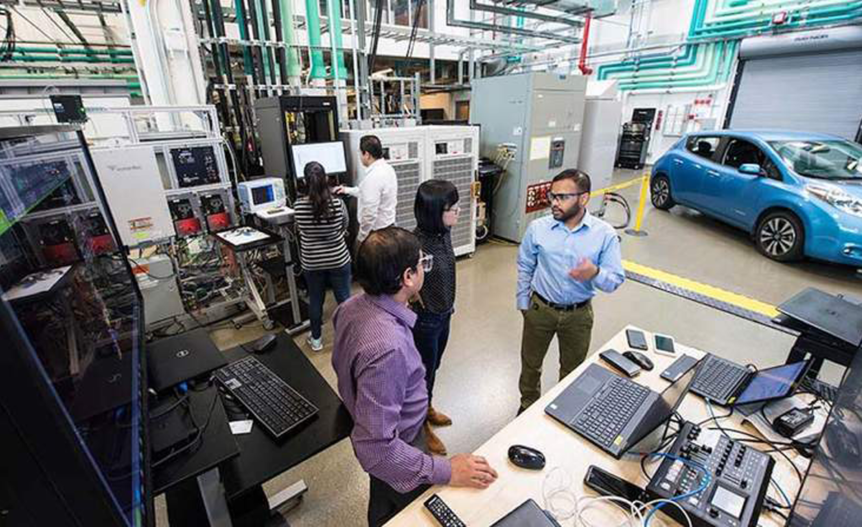 Christopher Hohn’s activist hedge fund TCI has outlined plans to punish administrators of corporations that fail to reveal their carbon dioxide emissions in a transfer that underlines rising investor issues over local weather change and the strain on boardrooms to reply.

Right now, four homes in the rural town of Basalt, Colorado, offer a glimpse into what the future of energy resilience may look like: a network of distributed energy resources (DERs) that work together across buildings.

Each house is tricked out with energy resources (solar panels, batteries, smart devices, electric vehicle chargers) that automatically optimize loads and share electricity with one another using an algorithm. The result: homeowners can keep the lights on when the grid is down, and the utility has a new, flexible resource to better run its operation and reduce its reliance on dirty energy.

The pilot program, called NODES (a backronym clearly written by a federal agency that stands for Network Optimized Distributed Energy Systems), is the brainchild of the National Renewable Energy Laboratory (NREL) and deployed with the support of Holy Cross Energy, the local electric cooperative of the region.

The four houses are part of the Basalt Vista Affordable Housing Community, which ultimately will be 27 all-electric homes built for the community’s teachers and county workers to live in. Only the first four, which are completed, got funding to participate in the NODES project.

The algorithm, known as “real-time optimal power,” delivers two desired outcomes: the benefits of a microgrid (providing customers increased resilience) and grid flexibility (allowing the utility to reach a deeper use of renewable resources).

The incorporated microgrid functionality allows the connected homes to power themselves independent of the grid, an increasingly desired feature as climate impacts lead to more disruptions. California, for example, is examining how it can deploy more microgrids before the next wildfire season and more planned power shutoffs. While the NODES technology comes with its own set of challenges — it’s not on the open market, for one, and the price point will be unclear — it offers a glimpse of an alternative shape that microgrids could take.

For the utility, the DERs provide a new resource. Holy Cross Energy president and CEO Bryan Hannegan calls it “a microgrid with a twist.”

Dennis Schroeder/NRELThe affordable housing development features some of the most energy efficient residential homes ever built, all controlled by computers as part of an autonomous grid.

“It’s more of an integrated and nested microgrid within a larger grid, where the two are actually coordinating and dancing with one another,” said Hannegan in a phone interview. “It allows us to manage and control the distributed energy resource that both gives the consumer a lot of benefit and gives us a lot of benefit.”

Holy Cross can specify what the net exchange of power is between the homes and the electric grid. So if there’s an excess in solar energy capacity, for example, the utility can send a signal to the houses to charge their batteries, then tell them to use that energy when the sun sets to avoid calling on a gas turbine to avoid the fossil footprint.

This type of grid flexibility is key for jurisdiction to reaching 100 percent clean energy goals, given the intermittent nature of renewables.

While the pilot project currently only connects four homes, if scaled the technology has the potential to encourage utilities and customers to think of each other as partners in reducing emissions and increasing resilience.

“For the last 100 years, [utilities] basically provided one standard product: electricity with a certain amount of reliability that is uniform across the service territory,” Hannegan said. “But every customer, every consumer, every building is different. It changes over time.”

By working with customers to identify DERs that would fit individual needs, utilities could offer bespoke solutions that would, in turn, provide value for the utility. It also could sidestep potential grid defection from consumers.

Figuring out how to monetize the new renewable energy resources is key to evolving the utility model and making a new grid operation technologies work, Hannegan said.

“It puts the utility in a position to offer [DERs] in a way that is additive to the grid, and not just disruptive to it,” he said. “It’s not a threat, so much as a way to give our consumers what they want — clean, reliable and safe power.”

The potential for electric cooperatives to drive innovation

Holy Cross Energy is one of the more than 900 electric cooperatives in the United States that serve some of America’s most rural and poor communities.

Co-ops are locally owned, member-driven and not-for-profit — meaning they’re able to be nimble and move fast on new technologies, making them a natural incubator of innovation. For example, they’re leaders in community solar and smart meter deployments, and prioritize energy access and affordability.

“Electric co-ops are focused on responding to evolving consumer needs and enabling a better future for the communities that we serve,” explained Curtis Wynn, president of the National Rural Electric Cooperative Association (NRECA) board of directors and CEO of Roanoke Electric Cooperative, via email. “That community focus drives co-op innovation across a broad spectrum of energy technologies — including battery storage, microgrids and expanded renewable energy adoption.”

The programs that come out of co-ops can be shared with one another — NRECA on plans on replicating the Basalt project’s success in other electric co-ops across the country — and also could be valuable in figuring out what works in localities across the nation.

“We need 1,000 flowers of innovation to make the energy transition occur at a pace and a scale that is responsive to issues like climate change, and I don’t think any one company can do it alone,” Hannegan said. “Co-ops have an important role to play because, in many cases, they’re able to try things more quickly.”

This article was written by Sarah Golden and published by Greenbiz.com. To see the original version of this story, please click HERE